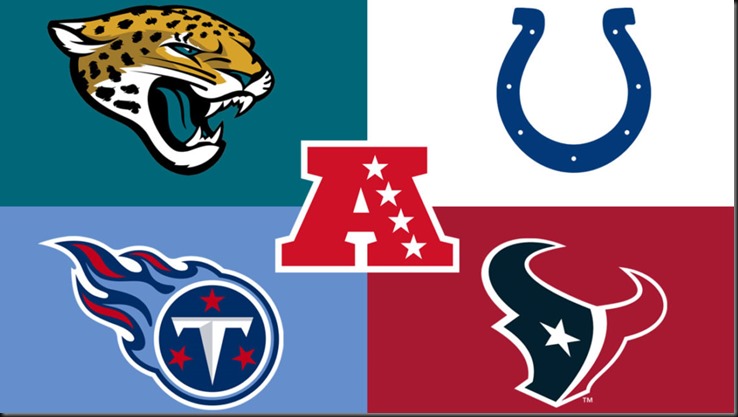 Day six of the “Division Prediction Marathon” and today I will present my prediction of the AFC South.  This division includes The Indianapolis Colts, Tennessee Titans, Jacksonville Jaguars, and the Houston Texans.  Not exactly the most exciting division but it presents a lot of questions as to the rebuild of more than one team in the division.  I have found that this is the hardest division to predict and the choices I have made may or may not be right, but here goes…

Indianapolis Colts – The Colts traded for Matt Ryan in the offseason, giving them the franchise quarterback that they have been lacking since Andrew Luck retired.  Ryan may be long in the tooth and he is on the downside of his career, but the talent around him is enough to elevate him to the weapon that Indy needs to get them to the next level.  I predict they will win the South with the help of Jonathon Taylor, arguable the best RB in the NFL, and a talented WR corps I foresee the Colts winning the division.

Tennessee Titans – I am not really sure what to make of this team.  They have Derrick Henry, a powerful, dominant RB and yet they have a mediocre WR corps and a QB that is hot and cold depending on the situation.    they traded away AJ Brown to the Eagles and yet, they are coming off a division win last season.  The Titans remain an enigma, not sure how to judge them or to evaluate them.  Still, they have enough talent to finish second in the division, for what it is worth, and despite that, I don’t think they will make the playoffs in a highly talented conference.  there just wont be enough space to get in the playoffs with how much talent in other divisions in the AFC.

Jacksonville Jaguars – I placed the Jaguars third in the division simply because of the talent on the team.  The jags are coming off a dysfunctional season where Urban Meyer, hired last year as the head coach, caused more drama and problems than owner Shahid Khan could muster and thus was fired after 13 games last season.  New head coach Doug Peterson comes with a Super Bowl pedigree with the Eagles in 2018 and promises to further groom the talent of QB Trevor Lawrence.  With RB Travis Etienne coming off injury, WR’s Marvin Jones and Christian Kirk, the Jags hope to move to the next level.  I predict they will, from 4th in the division to the third…  not much of an improvement, but an improvement just the same.

Houston Texans –  the highlight of 2021 for the Texans was upstart QB Davis Mills who performed at a higher level than was expected.  They finished 4-13 last season but the bright start was Mills.  Unfortunately they changed their head coach yet again this offseason and hired Lovie Smith as their head coach.  Smith has a decent record as a head coach with the Bears, even leading the Bears to the Super Bowl in 2006, where they lost to the Peyton Manning-led Indianapolis Colts in Miami.  The Texans traded their franchise QB Deshaun Watson in the offseason to the Browns, garnering a plethora of high draft picks in the process.  the future of the Texans may be bright with all of those draft picks, but for this season the result will be a last place finish in the division.