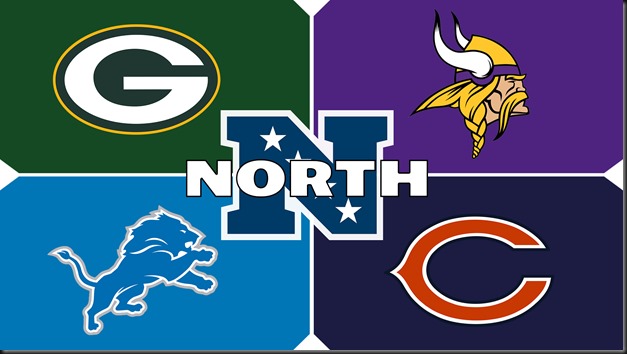 Day five of the “Division Prediction Marathon”  today I predict the NFC North, a tried and true historic division that includes teams with tremendous history, Green Bay Packers, Minnesota Vikings, Chicago Bears, and The Detroit Lions.  ESPN Anchor Chris Berman is famous for calling this division the “Norris” out of respect for the historic NHL teams in what used to be I that division back in the day.  Friend of The Sports Nerds Derek Lofland is a die-hard Green Bay Packers fan and this post is dedicated to him, no matter how much he will disagree with what I have to say.

Green Bay Packers – I dwelled on this for a few days, I could not decide between the Packers or the Vikings.  Green Bay lost Devante Adams to a trade with the Raiders in the offseason, seriously diminishing the WR Corps in Green Bay.  The difference maker here is of course Aaron Rogers, coming off back-to-back MVP seasons, Rogers has the ability to get the most out of his receivers no matter who they are.  They have a solid run game with Aaron Jones and AJ Dillon, who is a weapon in the passing game out of the backfield.  I foresee Rogers leaning on that run game more than he has in many years, but with the talent of Green and Jones that will be the most positive factor in the Packers attack.  AS much as I don’t have a lot of confidence in the receiving corps (Sammy Watkins, really??) I have faith in their QB and their defense.  The defense promises to be very good ( I Think) and the fact that none of the other teams in this division has enough talent to compete with them, The Packers will win the division

Minnesota Vikings – The Vikings still have Kirk Cousins at the helm of a very potent offense.  Dalvin Cook is in the top-5 of talented RB’s in the NFL so long as he can stay healthy.  Justin Jefferson is one of the best WR’s in the league as well and he is destined to have another Pro Bowl season this year.  the question mark I have on the offensive side of the ball is Cousins.  I have no confidence in him at all, he is a journeyman QB at best, although he has a good arm he has a tendency to make mistakes that have cost The Vikings in the past.  I predict the Vikings will try and draft a future franchise QB in the upcoming QB-rich NFL draft in 2023.  I cant see the Vikings being able to overtake the Packers and they will finish second in the division.

Chicago Bears – Justin Fields…  I have a warm spot in my heart for this guy, due to his College Career at Ohio State (NCAA) and I hope he can be successful in the NFL, but the problem is that he plays for The Bears, and this franchise simply has underperformed for over a decade, winning the division only once in that time frame.  The Bears will have a decent defense but that will not be enough to overcome their lack of talent on the offensive side of the ball.  Time will tell if Fields can raise the play of this offense, but he cant do it alone.  They will finish third in the division.

Detroit Lions – What can I say about the Lions…  they have been the poster child for failure in the NFL ever since Barry Sanders retired.  they lose their future HOF QB in Matthew Stafford last year to a trade and he all of sudden wins The Super Bowl with the Rams.  Another year for Jaren Goff to prove himself, though I have no doubt he will again be shown as the mediocre QB that he is.  I understand the Lions had a great experience on Hard Knocks, but that won translate to the field.  Second year head coach Dan Campbell is a great motivator, but still he is limited to the talent on the roster.  Detroit finishes last in the division yet again.