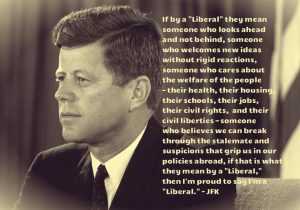 Time after time I have posted on this blog about political issues.  I have gone so far as to say “I don’t normally do this”  but those of you that read my posts know better.  I wear my political affiliation on my sleeve, I don’t hide it, and I don’t pretend to gloss over it with funny metaphors or innuendo.  I am a liberal, I am a progressive, and I lean toward voting for the Democratic Party platform.  I am not ashamed nor am I shy about bellowing it from the rafters of the proverbial rooftop.  The majority of my immediate family, to include my mother, my step-father, step-sister, all three of my half sisters, uncle, cousins, and close friends both in my work family and friendship circle are ALL conservatives…  I am on an island, a lone wolf if you will.  But I will not move away from what I believe, no matter the consequences because I am a person that cares deeply about fairness, logic, common sense, and yes, compassion.

This country has a problem, and it is the unfettered access to weapons of mass destruction.  No, not nukes, but assault weapons.  The fact that an 18-year old kid can buy an AR-15 style weapon without any checks and balances in the form of background checks is appalling to me.  Why do we allow KIDS to have access to weapons that can fire 40-100 rounds per minute is beyond me.  I don’t understand the need for the general public to have access to these weapons because they feel that the Second Amendment to the US Constitution grants them the right to have them.  The Amendment states word for word the following:

Gun nuts like to focus their attention to the last part of that amendment that says the right of the people to keep and bear arms etc… etc… but as a Progressive “communist Nazi Socialist” as the Conservatives like to call me prefer to focus on the “We regulated Militia” portion of the Amendment, because I feel that is the most important statement of the meaning behind the amendment itself.  Well regulated, at least in my mind allows the federal government to regulate the TYPE of “Arms” can be held and owned by the public.  the AR-Type weapon, to include AR-15 and AK-47 type of weapons should be regulated by the federal government tot he extent of denying the general public access to these type of weapons.  BAN ASSAULT WEAPONS.  There is NO rational explanation anyone can give me or anyone else as to why private citizens should have the right to own these weapons.

You want o own a handgun, shotgun, or a single-shot rifle, that’s fine…  but the only reason to own a weapon that can fire 40-100 rounds a minute, to include large capacity magazines that have 30 –50 round capacity is to shoot humans.  They aren’t hunting rifles, they aren’t for “defense” , they are simply what they were designed for, to kill people, and that is not acceptable in my eyes, or any other progressive, Liberal, “Commie” “Socialist” yada yada yada, whatever label you want to plant on me.

the US needs to ban these weapons access to the general public.  Too many kids have been killed by these weapons in the last 30 years.  Too many malls, churches, offices, and public spaces have been shot up by these weapons.  it needs to stop.  It isn’t mental health, it isn’t broken families, it isn’t upbringing, and it most definitely NOT the lack of GOD in our hearts…  it’s the weapons, and ONLY the weapons and the free access to them that are at fault.  No argument will change my mind on that, and nothing anyone can say will change how I feel.   Well regulated means just that… well regulated.  The Federal Government has the right to regulate these weapons and they need to exercise that right and BAN these assau8lt weapons in the US.

When people believe that the right to own these weapons OUTWEIGH the right of children’s lives, there is a problem, and I for one refuse to accept that.

Thanks for coming to MY Ted Talk…