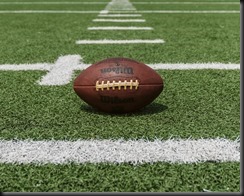 No I’m not Jim Nantz, but I play him on VIMM/Facebook/Twitch…  The following are my predictions for the Divisional round of the NFL playoffs.  In the AFC (American Football Conference) we have The Cincinnati Bengals vs The Tennessee Titans Tomorrow at 4:30 Eastern and @jongolson’s Buffalo Bills vs The Kansas City Chiefs Sunday night at 6:30pm Eastern.  In the NFC (National Football conference) we have The San Francisco 49ers vs The Green Bay Packers Saturday at 8:15pm and the Los Angeles Rams vs The Tampa Bay Buccaneers Sunday at 3:00 pm Eastern.  All four of these matchups are close on paper, but what is REALLY gonna happen this weekend?… The following are my predictions for all four games:

Derrick Henry returns!!!  The Titans #1 running back has been cleared to play this weekend after going down to a foot injury in week eight, and although he may be rusty, I expect him to get most of the carries against the Bengals.  This will be a welcome relief for Tennessee as they need him for the most important game of the season.  Ryan Tannehill is, in my opinion, the worst QB of all the remaining QB’s left in the playoffs and he does not have the arm as good as the other seven QB’s that are left.  He is a game manager at best, and the stars have to be aligned in the right formation in order for him to have a great game.  The Bengals have struggled all season against the run, so I expect a heavy dose of Henry to the point of up to 25-30 carries.  I can’t say enough about the Bengals offense, led by Joe Burrow at QB, he is the favorite pick for comeback player of the year.  his Chemistry with Rookie of the year candidate Ja’marr Chase is ungodly, going back to their days at LSU (College) and I feel that Joe Mixon can run against the Titan defense.  I’m taking the Bengals…  31-21

Aaron Rogers is my back-to-back pick for MVP this year, as he led the #1 seed Packers to a 13-4 record and was 8-0 at historic Lambeau field this year in the regular season.  the Packers are the healthiest team going into the playoffs, which is a great accomplishment considering the NFL had a 17 game season for the first time in its history.  The best receiver on the roster, Devante Adams has had one of the best seasons in his NFL career with 1553 receiving yards and 11 touchdowns, while the Packers running game has a two headed monster in Aaron Jones and AJ Dillon, both combining for 1,602 yards rushing and 9 touchdowns.  The 2021 defense is much improved over the 2020 version and has shown they can stop both the run and pass, frustrating offenses this season.  The 49ers are coming off an emotional win in Dallas, and if not for a bungled last drive and Mike McCarthy’s bad clock management, they would be at home this week watching the Cowboys still in the playoffs.  A lot of pundits are saying that the 49ers actually have a decent chance to win this game, with all of their weapons, but I am not of that opinion.  The wild card in this matchup is 49ers QB Jimmy Garoppolo…  he has a tendency to make mistakes and is the SECOND worst QB remaining in the playoffs.  I truly believe this game will come down to a mistake by Garoppolo in the second half that will lead to Packers points and will be the difference at the end of the day.  Green Bay 34 San Francisco 28

Two words…  Tom… Brady… There has not been a player in the history of the NFL that has achieved more in his career ass Tom Brady has.  7 Super Bowl wins, numerous NFL passing records, and now considered the GOAT (Greatest of all time) to play his position.  As a kid growing up the greatest QB to ever play the game was Johnny Unitis…  The Roger Staubach, then Joe Montana.  Brady has eclipsed them all and at 45 years old he still shows no signs of slowing down.  I have hated him for most of his career because of the team he played for and his head coach, arguably the greatest Head Coach of all time, Bill Belichick, but the last couple of seasons it has been fun to watch him because he is no longer playing for the hated Patriots and said head coach, but instead playing for the Buccaneers, of whom I was a big fan in the early 2000’s when they won their first championship, and Bruce Arians, a head coach that anyone could like because of his knowledge of the game and his willingness to be aggressive when he needs to be and not aggressive when the situation calls for it.  The Bucs roster is LOADED on both sides of the ball, and they are definitely the better team.  the problem here is, their defense was decimated last week against the Eagles and may be without their starting right tackle, Tristian Wirfs and their starting center Ryan Jensen.  Brady will have to get the ball out quick with Aaron Donald and Vonn Miller looking to take him out.  Both teams have excellent defenses, but I think the Bucs have the better overall defense and that will be the difference.  As much as I like Matthew Stafford, he is prone to mistakes, and I believe he will make one or two mistakes the Rams won’t be able to overcome.  Cooper Cupp is the 2nd best WR in the NFL behind Devante Adams (my opinion) but he wil be swarmed with double teams and will not have a good game.  Odell Beckham Jr has had a resurgence in LA since being traded from the Browns but it wont be enough, The Bucs are too good, and they have a date with destiny in Green Bay for a rematch with the Packers…  Tampa Bay 31 – Los Angeles 27

This is the game of the week…  The two best teams in the AFC, in my opinion, face off for a trip to the AFC Championship, and if my prediction is correct, the winner will host that game.  This game is gonna be a shootout to see who can put up the most points, defense is not a factor in this game, despite Buffalo having the #1 defense in the NFL, Kansas City has come into its own on offense the last couple of weeks and has proven they can run or pass against some of the best defenses in the NFL.  Buffalo is coming off a perfect game…  8 drives, 7 touchdowns, no punts, no FG attempts, no turnovers, and the only reason they didn’t score on the 8th drive is because it was three kneel-downs to end the game against New England at the end of the game.  The Chiefs are coming off a dominating performance against the Pittsburgh Steelers who had no business being in the playoffs in the first place.  I love the way Josh Allen is playing going into this game, but questions remain as to if he can get over the hump and beat The Chiefs in the playoffs.  The bills did beat KC at Arrowhead during the regular season, but this is the playoffs, so do they have what it takes to get over that next step.  I think they do…  I know I said defense wont matter in this game, but I feel the Bills will make enough plays on defense to win the game.  I think their pass rush can get to Mahomes, and with Micah Parsons in the defensive secondary all bets are off.  GO BILLS!!  Buffalo 42 – Kansas City 35

Well there ya have it friends, my predictions for this weekend…  hope you enjoy the games, we will revisit my predictions come Monday…  good or bad… and don’t forget to join me, @jongolson, Eliot “Big E” Lomba, and Ken Costlow for “The Sports Nerds” Sunday night during the last game at 7:30 pm Eastern (@jongolson attendance yet to be determined) for play-by-play reaction and commentary on all the games that happen this weekend.  The best 90 minutes of sports smack talk on the web today!!!