↓
Home→Uncategorized→What kind of day has it been… 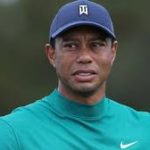 Tiger was in a car accident this morning in California.  Per the AP, his SUV crashed into a median and rolled over on its side.  He had to be pulled out of the vehicle through the windshield leading to leg surgery.  Per reports, he broke both legs and has a shattered ankle, he was responsive and per authorities, there was no indication of impairment.  I used those inferences because of what is included in the stories.  The media’s FIRST inference was to indicate he was not impaired, going back to his incident in 2009 where he ran over a fire hydrant and hit a tree.  That incident ultimately revealed his infidelity towards his wife at the time, as well as the incident a few years later where police found him asleep in his care and arrested him for being under the influence of prescription medication.  My issue isn’t with those past incidents, my issue is with the media immediately assuming that he may have been under the influence of whatever drug they feel like he was on.  To assume he was impaired is a disservice to Tiger and his fight against addiction to pain killers.  My mother always told me to never assume, and because the media is looking for clicks, views, or whatever they need to make money they immediately assume he was on something.  Tiger has a well-documented history of his failure as a husband, addict, and decent human being.  The rub here is that he has also shown, very publicly that he has done everything he can to overcome his past digressions.  The issue here is not his digressions, but the fact he was just in a car accident that could have cost him his life, and the first thing that should have been the focus of this instance is of his health, not what he could possibly have done wrong this time.  Maybe I am overreacting, but shouldn’t the first thing said about him was his condition, thoughts of his family, specifically his children, and not what he could possibly have done wrong???  I’m just saying…  it just appeared to me that the pundits from all of the cable and broadcast networks were quick to assume he was either under the influence or that he was driving erratically.  My thoughts are with Tiger, his family, and hope for a speedy recovery after surgery, and to whether or not he was high on prescription drugs at the time of the accident… the sensationalism of the main-stream media just astounds me.

Join The Sports Nerds LIVE every Sunday night at 7 pm Eastern as we discuss the week in review of the world of sports. from NFL to the NHL, and every sport in-between. It is unfiltered, NSFW, and high energy. We do not hold anything back and you should be there to experience it LIVE.

Join me and my partners in crime: