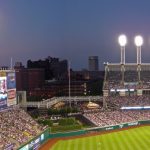 I start this post not knowing what it is I want to say…  But here I am because the content is important, and in order to spread my brand I need to get out there and be visible…  Football season is over, the Bucs won the Super Bowl and I find myself 10x less excited than when they won it in 2003.  The Bucs BOUGHT this championship, and to me, it feels dirty because they did not grow or build through the normal means.  They went out and got some hired guns…  specifically… Tom Brady, Rob Gronkowski, and Antonio Brown, to name a few… I know I sat in this chair last Sunday night wearing a brand new Bucs championship hat, but I still can’t feel good about it because I remember 2003 and what the Bucs at that time had to endure the previous 4 or 5 seasons to get there.  That was Tony dungy’s team…  they lost to the Eagles the year before in the playoffs and because of that Dungy was fired.  Gruden came in and they got over the top…  one can say that the Bucs brought in a hired gun (Gruden) to get them to a championship, but the truth of the matter is that Gruden was known as an offensive guru, and despite all of that, it wasn’t his offense that won the championship, it was the defense.  Dungy built that defense, Kiffin perfected it, and that is the reason that the Bucs won the Super Bowl in 2003…  it was Dungy’s defense.

Fast forward to 2020…  COVID is the story, with many teams in the league being affected to the point where games were postponed and the NFL set a milestone in which games were played every day of the week.  It was an unprecedented season like we have never seen before, and despite the fact there were no fans in the stands, we watched each and every week.  The Sports Nerds reveled in recapping the games each and every week, we loved that the season went off in its entirety with no games being canceled and being the only league amongst the big four that did not have a shortened season due to COVID.

WHAT DID WE LEARN

There is a lesson to be learned from all of this.  Money is king… that’s it… The NFL was able to pull this off because they have an obligation to their advertisers and they weren’t going to let them down.  To hell with player safety, to hell with scheduling and player recovery time.  They did whatever they had to do in order for the entire season to be played and it was all about the bottom line.  It had nothing to do with the fans, it had nothing to do with player health.  It was all about the almighty dollar.  COVID hit the Ravens hard…  The Titans… The Browns… but it didn’t matter because they needed to make their money… hell they even allowed the entire receiving corps of the Cleveland Browns SIT for a game vs the Jets because the show must go on.  The same can be said for the other sports as well…   MLB… NBA… NHL…  the players in those sports were placed in a bubble (Playoffs for MLB) because they felt that no matter what the show must go on because the advertisers were counting on it.  What we learned was that money drives these sports, not the entertainment, not the fan bases, not the player’s safety, just the revenue…  And for the suits in the front offices around the respective leagues that was just fine…

MY PERSPECTIVE AS A FAN AND A US CITIZEN

As a fan of all of the games, I am ok with it.  I am a realist, I am aware of the financial implications if the seasons are not played, and I am at peace with it.  2020 brought a World Series and NBA Championship to LA and Stanley Cup and Super Bowl Championship to Tampa (GO BOLTS) and I was interested and followed all of it.  I still couldn’t help but feel a bit guilty over being that into it.  In the US alone we have now lost 500,000 lives in this pandemic, the first life lost just over a year ago…  Families have lost loved ones…  people are suffering… lives have been uprooted, jobs, health care, social distancing, masks, false information, panic, political upheaval all across the country…  We finally have a vaccine and still… we won’t have enough of it to treat the entire population until July 2021.  I have been thinking about all of it for the last couple of months… wondering if we will all revert to who we were before the pandemic, if we will feel safe going out to the grocery store without a mask or continue wearing them out of habit and because we feel safer just wearing them because being over cautious.  I wonder what we will be as a country when we come out the other side…  if we feel safe going to games without a mask if we feel safe going to the grocery store or the mall, or just walking down the street.  I am not an educated man, nor do I pretend to be, but I do know that after al of this is over we will be a different society after it is over.  We as a nation… as a people… will never be the same.  We have allowed false information and fear to change us into a paranoid, critical, conspiracy theory-believing society.

I look forward to getting back to some sense of normalcy like it was before the pandemic… But I realize that because of what has occurred in this country over the last few years that is not possible… because of that I will look to the thing that will make me feel normal again…  SPORTS… fans in the stands, no restrictions…  60,000+ roaring for their home team, for the smell of fresh-cut grass…  Arena ice freshly renewed by a Zamboni… $10 beers and $6.00 hot dogs… The roar of the patrons at Agusta National on an April weekend… I lean to sports to make me feel normal again, and until it happens, I won’t feel safe, I won’t feel normal, and I won’t feel that the worst is over.  I am optimistic that it will happen…  but until that comes…  I only ask one thing…

Join The Sports Nerds LIVE every Sunday night at 7pm Eastern as we discuss the week in review of the world of sports. from NFL to the NHL, and every sport in-between. It is unfiltered, NSFW and high energy. We do not hold anything back and you should be there to experience it LIVE.

Join me and my partners in crime: