↓
Home→Uncategorized→Monday night after the storm 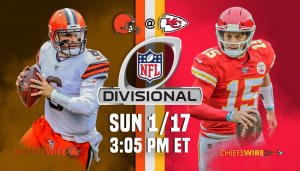 OMG, I am on cloud nine…  The Cleveland Browns beat our heated rival of over 50+ years the pittsburgh steelers last night 48-37 in a dominating fashion and I am having emotions for this team that I have not had in over 30 years.  Its not the “Kardiac Kids”, nor is it the original “Dawgs” from the mid to late 80’s, but this team has unearthed emotions in me that I haven’t felt in a long time.  Complete team win… NO ONE thought they could do it… no one except the entire fan base of The Cleveland Browns.  For at least one year we have bragging rights over the steelers.  I am overwhelmed with emotions even 22 hours after that win.

Baker has proven over the last few weeks that he is a franchise QB.  His ha matured right before our eyes under Stefanski’s system and he is the long-term solution for this franchise.  He has shown leadership, focus, and a will to win no matter the obstacles in front of him.  I admit I was suspect of the Browns drafting him #1 overall in 2018, and his performance last year put doubts in my head as to whether he was the answer to the future of the franchise.  Enter Kevin Stegfanski, and he has blossomed in this offense.  It is obvious that Baker and Stefanski have a bond and that bond will be what carries the Browns over the top, whether it be this year or next, or the year after.  The groundwork has been planted, and this is just the beginning of a run that will be as good or better than the run they had in the ’80s, and the run they started in the ’90s.

SHOWDOWN WITH THE CHAMPS

The reality is this… The Browns now have a huge hurdle to jump this weekend.  The Kansas City Chiefs wait in the Division Playoff this Sunday at 3:05 Eastern this Sunday…  The World Champs stand between the Browns and the AFC Championship… I won’t sugar coat things, the task is monumental… Patrick Mahomes is a freak, he is the best QB in the NFL and the Chiefs have an explosive offense, and the Browns statistically have one of the worst defenses in the NFL.  it doesn'[t look good, but this team has fought all season long against diversity, between injuries and COVID, they have won despite all of the disadvantages…  hell they just beat the #2 seed in the AFC playoffs, in their house, while not having their Head Coach on the sidelines, several other coaches out, and their best offensive lineman, all due to COVID.  They have overcome all obstacles put in their way and have come out on top.  All I have to say about facing the Chiefs is to rehash an old saying…  That’s why they play the games…  Go Browns